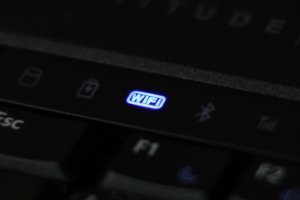 The George Washington University (where I work and study) has recently implemented 802.1X to secure its wireless networks. 802.1X defines support for EAP over Ethernet (including wireless) and the WPA standards define several modes of EAP that can be used.

Solaris (I’m referring to version 11, OpenSolaris, OpenIndiana, and Illumos) supports WPA. It modified an early version of wpa_supplicant and called it “wpad“. However, they seemed to make a point of stripping out all EAP support in wpad.

So when my Network Security instructor said we had to do a term project of our choosing relating to network security, I decided I’d try to get 802.1X working in Solaris. To do this, I decided I could either add the EAP bits back into wpad, or add the Solaris-specific bits to the latest version of wpa_supplicant. wpad is based on very old code. It’s not even clear which version of wpa_supplicant it is based on, and there is no record of the massive amount of changes they made. It would be too hard for me to figure out where to plug EAP back in, and who knows how many bugs and security vulnerabilities were fixed upstream that we’d be missing out on.

Fortunately, wpa_supplicant is very modular, and reasonably well documented. I was able to graft the older Solaris code onto the newer interfaces. The result of my work is currently maintained in my own branch at GitHub. It’s not perfect, but it works (and I’ll explain how). Solaris has a very limited public API for wireless support and my goal was to get wpa_supplicant working without having to modify any system libraries or the kernel. I struggled to figure out some idiosyncrasies such as:

Here is how you can get 802.1X support working on your Solaris laptop:

Now connect to a wireless network with NWAM or dladm. When prompted for a network key, enter anything; it won’t be used. The actual keys will be looked up in /etc/wpa_supplicant.conf. Here is an example of me connecting to my 802.1X-secured network using dladm:

“-k nwam-GW1X” refers to a dummy key setup by NWAM. dladm will complain if it’s not supplied a key.

That should be it!

Obviously, the integration of wpa_supplicant and NWAM/dladm leaves a lot to be desired. If there is sufficient interest, I will start looking into how to modify the dladm security framework in Illumos to include EAP related configurations (keys, certificates, identities; it’s all much more complicated than the single pre-shared key that dladm supports now). My hope, though, is that Oracle is already working on this. Do you hear that Oracle?